In my blog post about the 'Rockers' group of motorcyclists in the U.K. there was a general public opinion that these bikers were nothing but hooligans. However, a church based youth organization called the '59 Club' and organized by a priest named Bill Shergold, was heavily involved with having a positive influence on the group. Bill Shergold was known as the "Biker Priest", and more interestingly, also known as the "Ton-Up Vicar".  In case you don't know, 'ton-up' is the U.K. term for riding over speeds of 100 mph, so having a priest who not only rode a motorcycle but also qualified for this designation gives you an idea of how this guy connected with these young people. Pretty soon, the 59 Club, so named because the youth group originally started in 1959, was the biggest bike club in the world, is still in existence today, and is purportedly still the biggest motorcycle club in the world, with chapters in Europe, Australia and Japan. 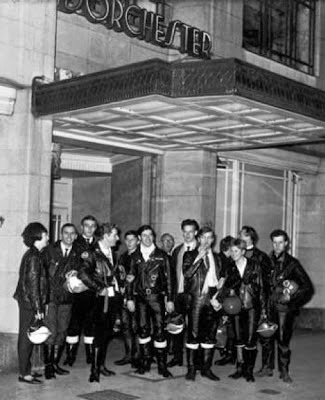 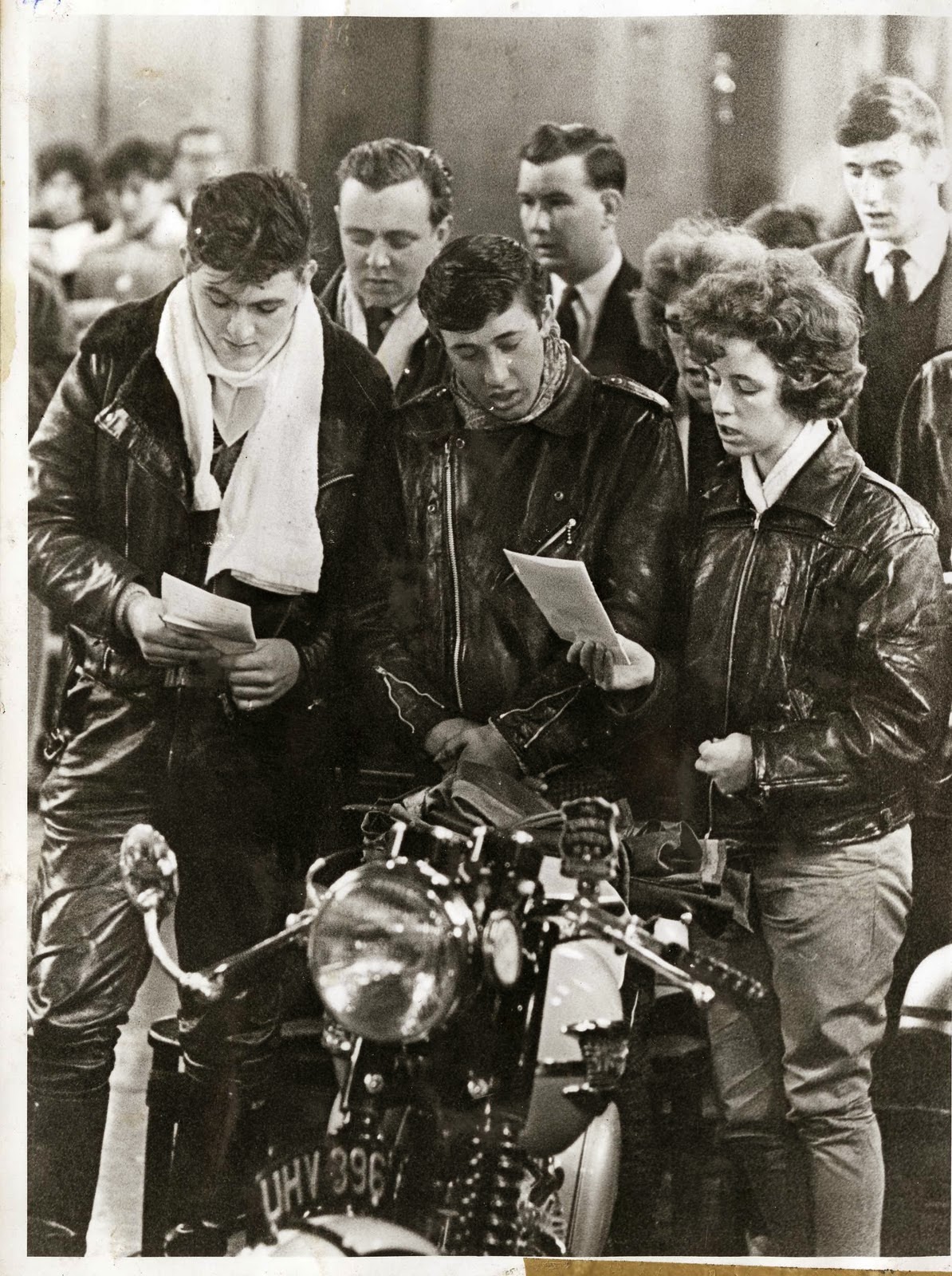 Wow, what a turn out for Calgary's 1st Annual "Magic of Christmas Toy Run". They asked for the motorcycle community to think of the kids at Christmas and they responded in a big way, with what I estimated to be over 500 bikes. Official count to come but there was a ton of bikes and a ton of toys, with something like 4 cube trucks full of donations before the kickstands went up and more to be donated at the end of the run. It was a beautiful day and a worthy cause, so Blue Circle was glad to be a sponsor and proud of the fact that so many local bikers came out to help the cause.
It was a bit different for set up on this run, but the way it's going to be for rides to come. New laws designed to break up large groups of bikes, with safety as the stated reasoning. Only groups of 20 bikes were allowed to go at a time, with a couple of minutes interval between them, so as to make gaps in traffic. It is said that too large of packs causes issues with other motorists and I can't disagree, as people get impatient while waiting for all the bikes to pass as they're trying to get onto or across roads on the route. They take risks and ultimately may cause an accident, so it was inevitable that there would be a plan to alleviate the risk. Really, as long as everyone gets there in one piece and has a great ride, then everyone's happy. Accidents and incidents, or even complaints by the public, just threaten to kibosh future rides, which is something no-one wants.
By all accounts this one was a great success, so here's to many more years of future rides. 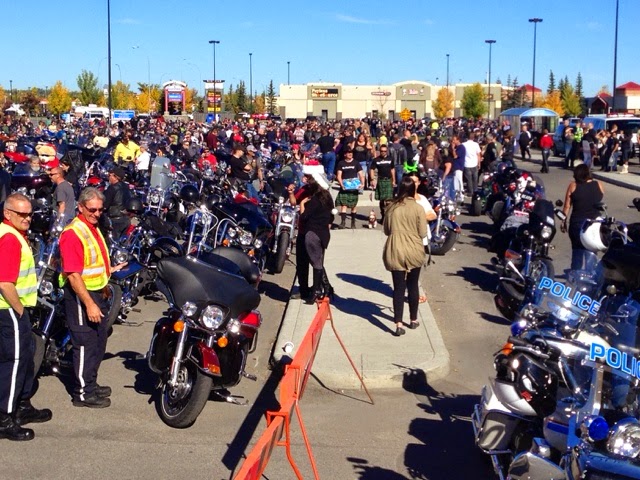 My last blog post was about Café Racers and their unique style and purpose. It is suggested that the name was originally derisive, as describing someone who rode from one "transport café" to another ( a British term for a trucker's coffee shop ). At one time in the U.K. motorcycling was something for the rich and was a sign of wealth and glamour. However, in the post World War ll years there was an increase in prosperity for some, with the upper and middle classes gravitated to cars and relegated the motorcycle to poorer, working class folks. With the late 50's and early 60's came some disenfranchised youth, with anti-establishment attitudes, who listened to rock n roll music and watched American films (think "The Wild One" ) and soon a subculture was born with the 'Rockers'.
Black leather jackets, longer, slicked back hair, and souped up motorcycles was the fashion and the typical hangout was the "transport café", which dotted the new highways and arterial roads that were ringing cities like London. Basically, a great place to meet up and then drag race, between the cafés. One of the most famous of these was the Ace Café in Middlesex/North London along the North Circular Road.
The earlier Rockers were also known as 'ton-up boys', with 'ton-up' being a British term for driving over 100 mph (160 kmph). Most had British made bikes, who were in their heyday at that time...Triumph, BSA, Norton, and the blend of Triumph and Norton who made the well known and very popular "Triton".
Similar to my blog post about the biker image created by the Hollister "riots" and the movie "The Wild One", the Rocker phenomena in the U.K. had the same effect, creating this general paranoia of motorcyclists. Of course, it didn't help their cause much when the Rockers started clashing with The Mods, another subculture of youth who rode scooters and had their own style of dressing. There were several riots, real ones compared to the media hyped version mentioned in Hollister.
Of course, with the black leather and motorcycle boots adorned with studs and pins, and the skulls and cross bone insignias, we have the U.K. equivalent of what the public regarded as hooligans.


I've read that the term "Cafe Racer" was originally a bit of a put down, mocking riders who wanted to look and act like racers but were really just riding to and from the coffee shop. Regardless, the style of the bike is distinct and who really cares what you do with your rides, as long as you're on a bike! Generally speaking, the cafe racer features a long fuel tank, a long seat and low slung handlebars. Quite a few bike manufacturers these days make versions in the Cafe racer style, like Motoguzzi and Triumph, but here are some photos of some older rebuilds and customs, including a couple of Harleys.

I got my latest copy of Architectural News and was loving this cool concept home. Designed for an unusual piece of property, this certainly isn't your average suburban abode. Not sure just how they'd build it but with the technology we have today, I'm sure it could be done. It definitely would be a wild place to live, and what a view!! 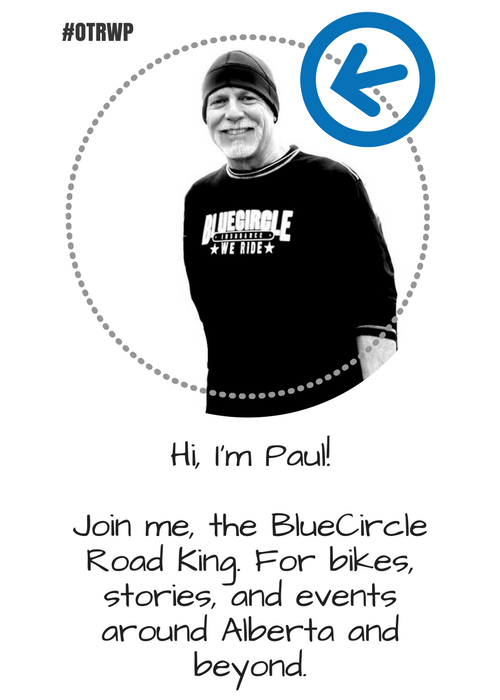 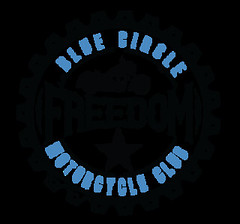 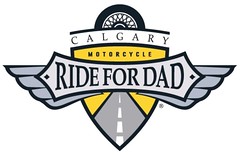 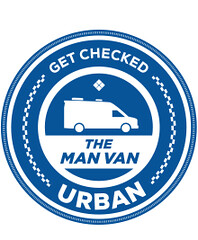 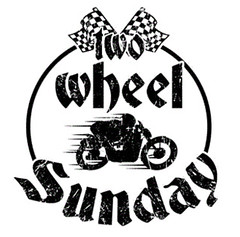 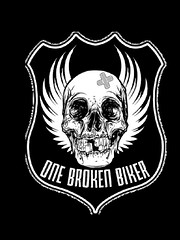 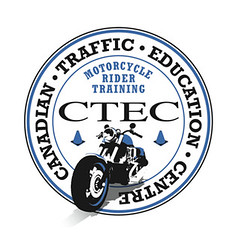